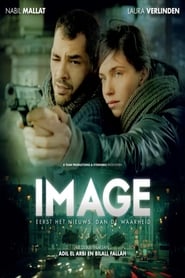 Eva Hendrickx is an ambitious young journalist working on the team of television legend Herman Verbeeck. She's determined to bring a story about the riots in the suburbs of Brussels. While the city spins further away in a spiral of violence, Eva meets Lahbib, a Moroccan with a heavy past. He escorts her into his complex and hard world. Meanwhile, Herman Verbeeck sees a way to exploit Eva's story in the ever-competitive mediagame...