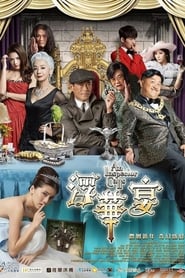 An unexpected inspector drops by a lavish party of a notable family in order to investigate the suicide of a pregnant girl. This breaks the joy and peace of the party which is meant to celebrate a couple's engagement. Every one claims that he does not know the girl. However, the inspector does find something suspicious there with the help of a diary book and a photo. Astonishing truth is gradually revealed - six of the noble family members are closely related to the girl’s death.