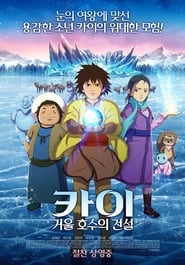 In the grasslands of Central Asia, a brother and sister, Kai and Shamui are running through a snow-covered mountain and being chased by wolves. Suddenly, they get swept away by a massive avalanche and only Kai gets rescued by their mother and the tribe. Shamui is lost in the icy lake of the notorious Snow Queen, Hattan.