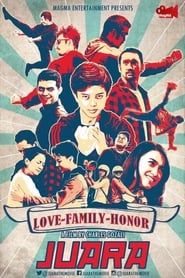 The story “from zero to hero” of a teenager named Bishma who has martial arts talent. His outstanding talent never realized because his mother always trying to keep him from anything associated with martial arts.