Two cultures learn about each other as a black theatre group from London tours remote Maori communities in New Zealand. 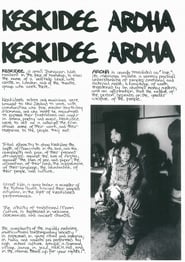 Keskidee, a small Jamaican bird resilient in the face of hardship, is also the name of a self-help black arts centre in London, and the theatre group who work there. Keskidee's actors and musicians were brought to New Zealand to work with communities who face similar day-to-day dilemmas and who might be encouraged to express their frustrations and anger in drama, poetry and music. Keskidee were to act as a catalyst. the film shows some of their work and their response to the people they met. Tribal elders try to show keskidee the depth of Maori roots in the land, and the complexity and pain of their present struggles: against the loss of Aroha; against the laws of pen and paper; the alienation of their land; the suppression of their language; the devaluation of their people and culture.