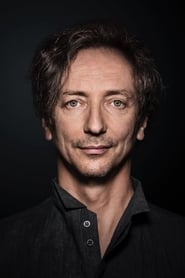 Volker Bertelmann, also known as Hauschka, is an Academy Award-nominated composer, pianist and experimental musician. In 2016, Bertelmann collaborated with Dustin O'Halloran on the score for Garth Davis' Lion, which was nominated for an Academy Award, a Golden Globe and a BAFTA for Best Original Score. Since then, he has gone on to score numerous film and TV projects, among which Baltasar Kormákur's Adrift (2018), HBO mini-series Gunpowder (2018) and Showtime's Emmy-nominated TV series Patrick Melrose. Bertelmann is set to score the upcoming feature The Art of Racing in the Rain, based on the best-selling novel by Garth Stein. Beyond his work as a film composer, Bertelmann has gained recognition as a recording artist through his compositions for the prepared piano. In 2018, he signed a record deal with Sony Masterworks and he will release his first record on the label in early 2019.