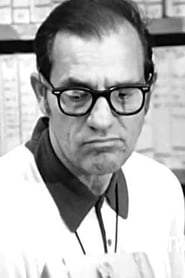 Sidney Katz (born February 20, 1914 in Marion County, Indiana, † June 18, 2009 in Los Angeles, California) was an American film editor. Katz began his career in film editing in 1952. Until 1990 he was involved in more than 55 productions. Until 1977, he was mainly involved in cinema productions, then shifted his focus mainly on television films. As an editor he supervised u. a. in the years 1961 to 1962 the television series Preston & Preston (The Defenders). For several films he worked together with the director Frank Perry. In 1963 Katz was awarded the Emmy for his work on the television series Preston & Preston. In 1969 and 1980 he received a nomination for this film award. In 2009, the American Cinema Editors honored him with the ACE Career Achievement Award. Katz was married and has six children. From DE Wikipedia, the free encyclopedia