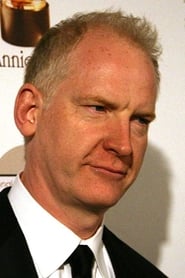 ​From Wikipedia, the free encyclopedia.   John Stevenson is a British animation filmmaker and puppeteer known for directing the 2008 animated feature film, Kung Fu Panda with Mark Osborne. Stevenson has over 30 years of experence with animation, a veteran of DreamWorks PDI who got his start in the entertainment industry via Jim Henson's The Muppet Show. He worked on shows like The Dreamstone, Count Duckula, and FernGully 2: The Magical Rescue. He also worked as puppeteer on James & the Giant Peach and Motion Capture Performer on The Moxy Pirate Show. Stevenson worked for many years in the art department on many films at DreamWorks Animation before helming a number of episodes of their animated primetime show Father of the Pride. For five years worked on bringing Kung Fu Panda to the screen. He was originally set to work as director for an upcoming film based on the character created by Mattel, He-Man and the Masters of the Universe. He is currently working on projects like The Minotaur Takes a Cigarette Break and We3. He also directed the 3-D CGI film version of Popeye for Sony Pictures Animation. He is the concept design of the Trans Studio Indoor Theme Park, the biggest indoor theme park in South East Asia. It's located in Makassar Indonesia. Description above from the Wikipedia article John Wayne Stevenson, licensed under CC-BY-SA, full list of contributors on Wikipedia.