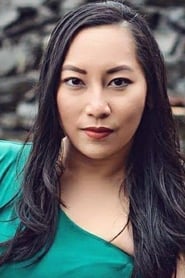 Janna Cachola is Filipina -New Zealander actress, singer, model. She has been performing since 1996, but rose to fame in 2010, when she was cast in Miss Saigon in New Zealand. Janna is also known as Janna Cach or Janna C as her surname 'Cachola' (pronounced: "CATCH-OLA") is commonly mispronounced. In 2006, she auditioned for New Zealand Idol (season 2) but failed to go through the first rounds. The same year, she performed at various bars in Philippines and recorded a demo literally entitled 'Self-titled'. After that she was part of several musical groups. In 2008, Cachola was discovered by a Kiwi rapper Joshua Webb and chosen to be a backing vocalist for Parachute Music Festival 2008, one of the biggest Christian festivals in the southern hemisphere. Soon after, she appeared on two tracks - 'Society is a warzone' and 'Keep on' - for Webb's album. Later that year, another Kiwi rap artist Jzaman (Shaun Jervis) chose her to appear on his track 'Back against the wall' for his album 'Comfort Zone'. Cachola has performed all over New Zealand and Philippines as a backing vocalist under the stagename 'Lyka', however was changed due to confusion with Filipino R&B artist Kyla. In 2009, Cachola took a step back from music, to pursue her first passion, acting. She got herself an agent in Auckland that got her parts as a background actor in various tv shows/commercials/music videos filmed in New Zealand. She moved to Dunedin in 2009 and was casted in local musical theatre. In 2010 she was in Miss Saigon musical in Dunedin, New Zealand. With Tina Braganza and internet sensation Kimpoy Feliciano.In 2011, Cachola admitted that she was feeling depressed and was low in self-esteem, so she signed on to do confidence/modeling course with the local Dunedin modeling agency Ali McD. She trained in Modeling with New Zealand Next Top Model (cycle 2) 'twins' Nellie Jenkins & Elza Jenkins along with the agency owner herself, Aliana McDaniel. Despite her small stature, the 5'1 ½ was signed into the agency as a petite model. She was then discovered by a US based blogger, model and author Isobella Jade, who named Cachola 'Petite Model of the Week.' In October 2011 she was casted in two shortfilms one in which she plays 'Scarlet' in Will Allan's Detective Doctor Felon Mystery Woman. She is also to play Isabella in 'Bella Bandida'. Cachola is related to Filipino entertainers Juvy Cachola (Sampaguita Pictures actress), Jean Altavas (beauty queen, model, and now producer of Kisapmata productions '2010 Romeo at Juliet' with Alessandra De Rossi and Victor Basa), and Febe Magbanua-Pantoja (former member of The Company). Her great-grandmother, Marcelina Cachola, was a World War II heroine who went face-to-face with the Japanese to appeal for the freedom of the men captured Paete, Laguna. One was her husband, Vicente Cachola.